Paw Patrol is on a Roll: Liam's 4th Birthday Party!

This birthday was a big one for Liam...his first friend birthday!  The advantage of having a May birthday is that I will have a bit more flexibility in terms of where to have his parties (as opposed to the poor winter birthday boy, Jake) so I figured since the guest list was pretty small we would be brave and have it outside at our house.  Liam made a very firm decision quite some time ago that he wanted a Paw Patrol birthday party....so we made it happen!!


There's always a risk when planning an outdoor party that the weather may not cooperate, and that was definitely a fear that day, as everything was soaked from rain the night before and some showers that morning...dark clouds kept coming and going and finally going back and forth (and maybe having a small anxiety attack over the whole thing), we made the executive decision to have it outside (thanks to my mom and dad for dealing with my craziness and helping us relocate the entire party to the patio...and thanks to my friend Marissa for donating some of her Paw Patrol supplies to me!) 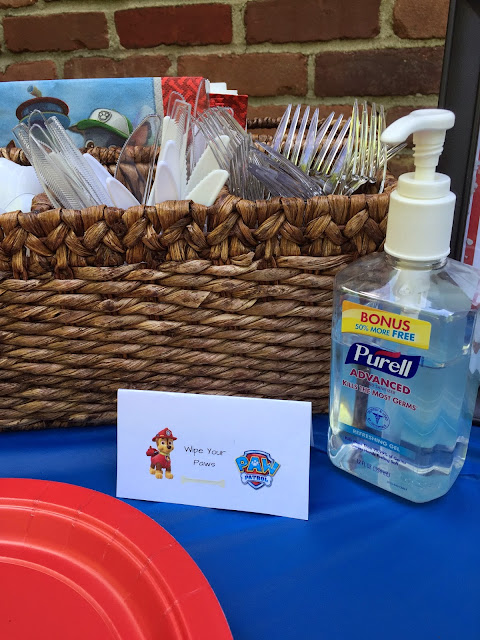 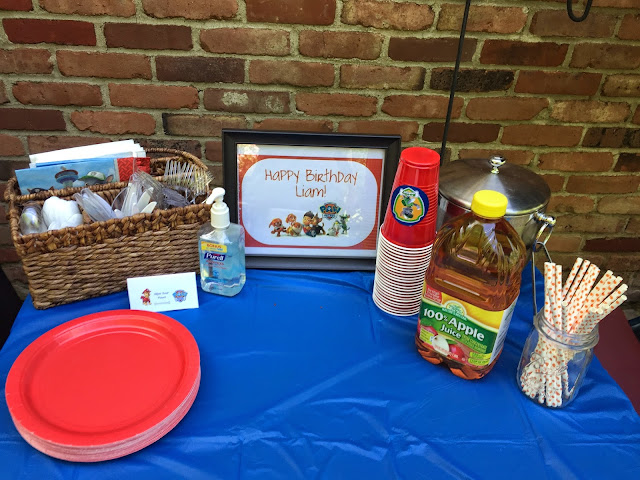 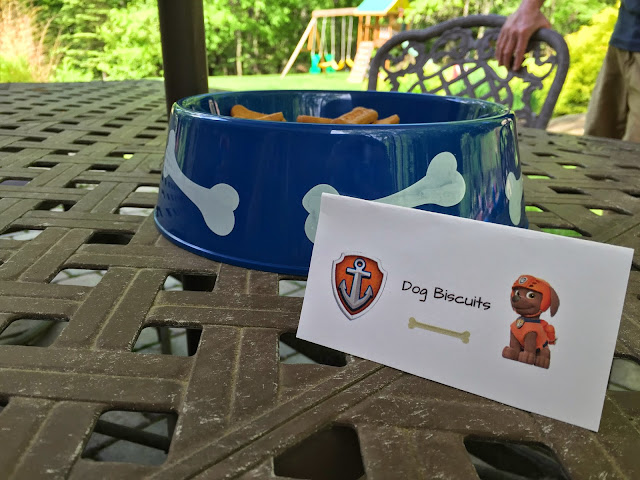 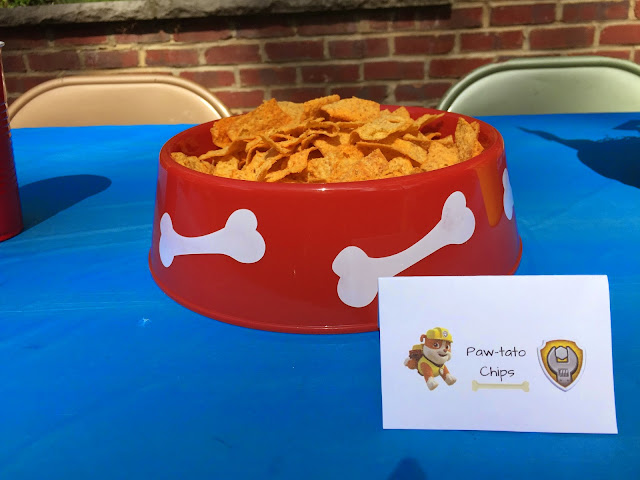 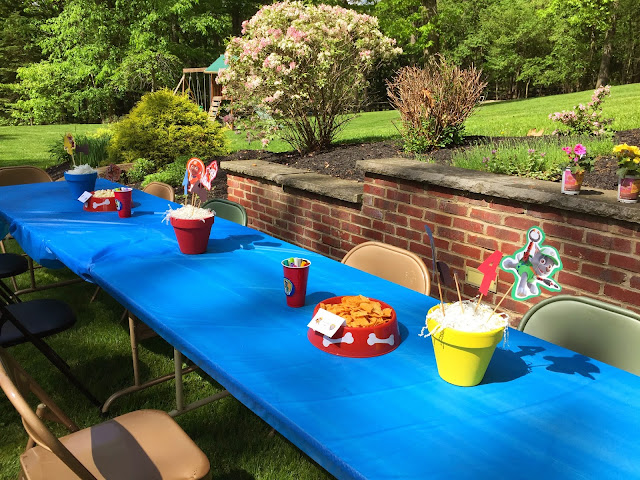 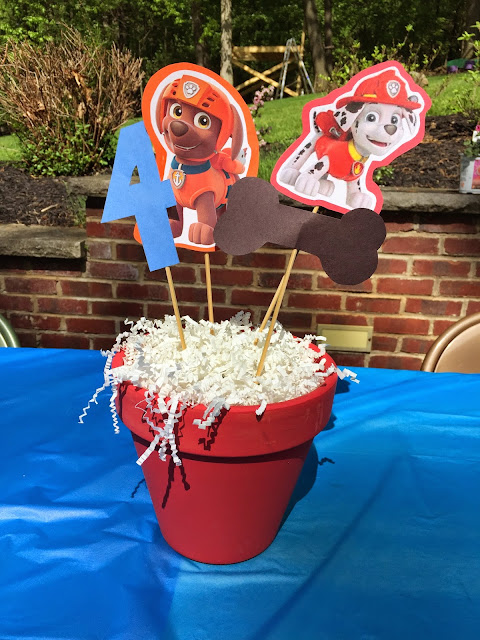 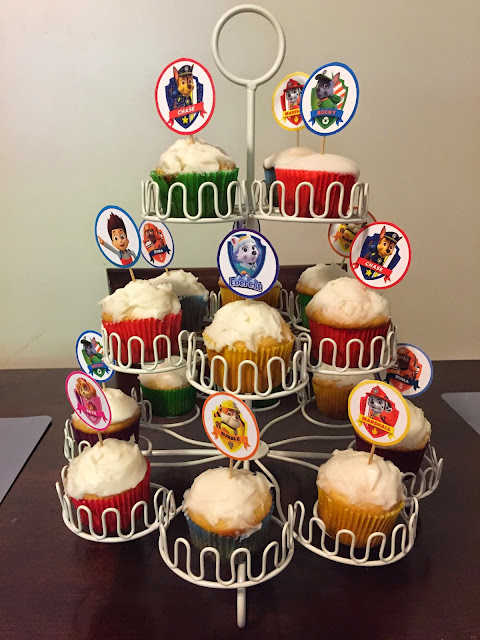 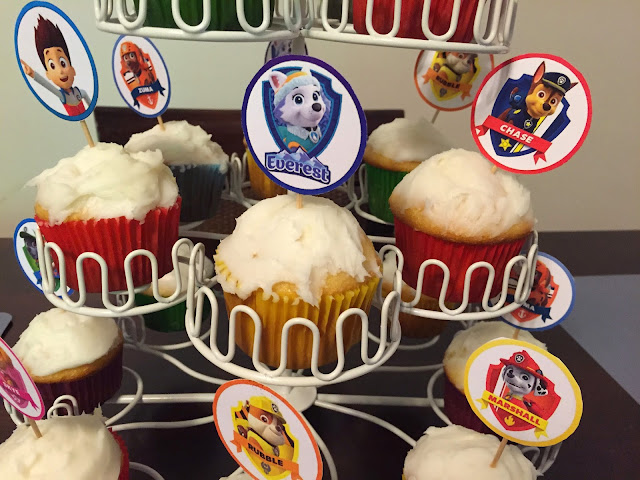 After all of the kids arrived, we herded them back to the table to make their craft/favor; they were each "adopting" a stuffed dog and coloring it with fabric markers.  To be honest, I wasn't sure how this would go....I didn't know if they would be interested at all, or if they would lose interest after just a few minutes....but they all loved it!  It held their attention for quite some time, and then I came around with adoption certificates so that they could officially name their new dog. It ended up being super cute!  Stuffed dogs available from Discount School Supply ($21.99 for 12 dogs) 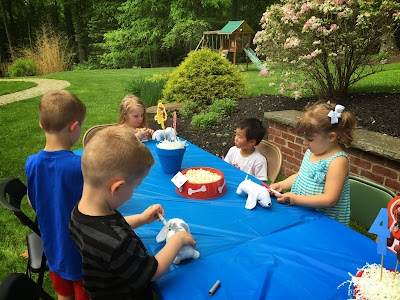 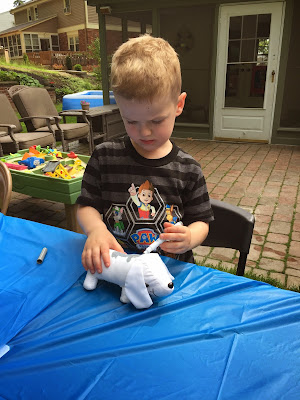 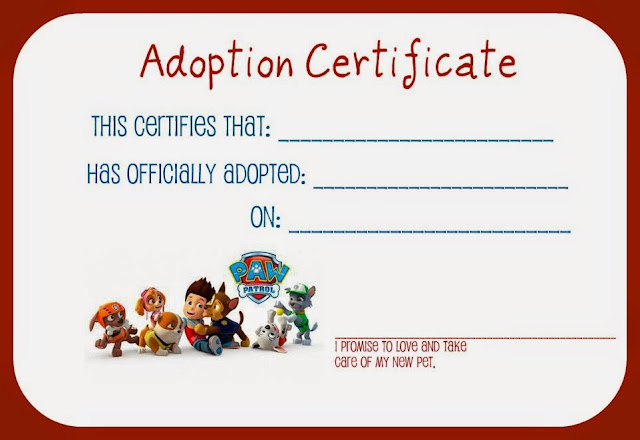 After that, the kids ran around for awhile longer then we called them back again to play "Pin the Badge on Marshall" before the pizza came.  They weren't quite as into this activity, but quite a few did play.  The game can be found as a free printable on the Nick Jr. site! 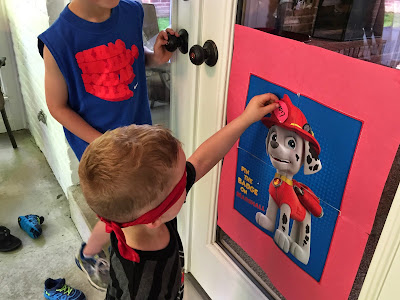 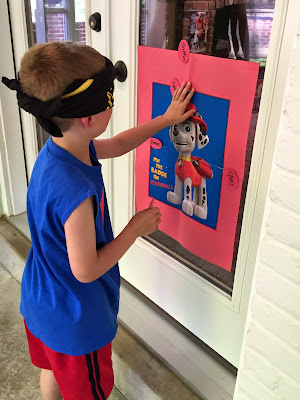 After making an attempt to have the kids eat pizza (this was not really successful) we decided it was time to stuff them with cupcakes!!  These ended up being some of my favorite pictures of the day...I love the look on his face in both of them: 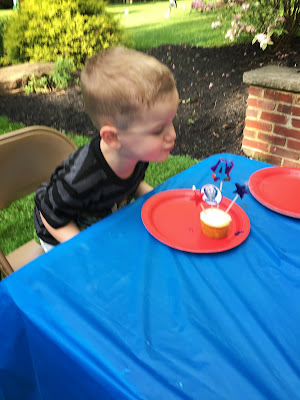 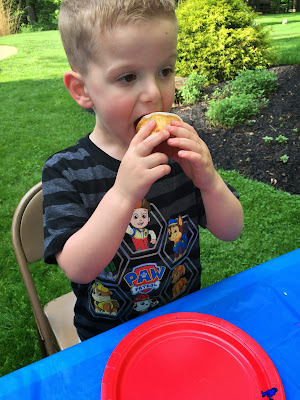 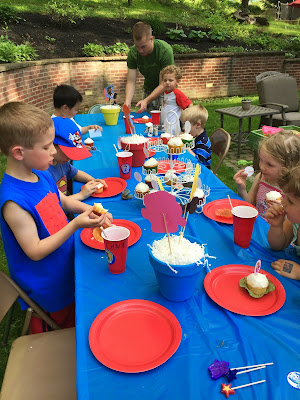 Then it was time for more playing, followed by present opening.  I love how no matter what the age, present opening time at parties always results in a mob-like situation with the party-goers. 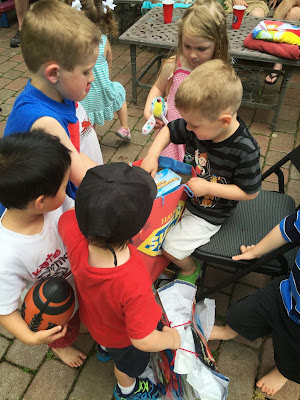 As the party was winding down, Brian was pushing some of the kids on the swing and one started yelling "THIS IS THE BEST PARTY EVER!", so it's always good to hear positive feedback from your target audience :)

After the guests left, GG and Pappy stuck around for a bit and Liam enjoyed opening his gifts from them: 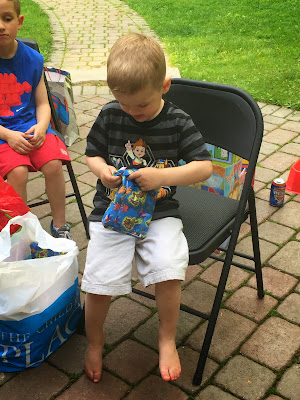 While typing all of this out and adding pictures, I've realized I did not get a single family picture the entire day!  *sadface*  However, even more gratifying than a family picture was the conversation I had with Liam when putting him to bed that night.  We were chatting about the party, and saying how nice it was that all of his friends came, and he wrapped his little hands around my neck, gave me a big squeeze and said, "Mommy, thank you for my Paw Patrol party...it was the best ever".

You are welcome, little man.  You are so welcome.

Click on the names below for all of the FREE printables!

I am doing a paw patrol party this weekend. I love the fabric marker decorate your puppy idea. it gives them something to do other than just adopting the puppy! thank you

This has been sooooo helpful! Thanks for sharing! 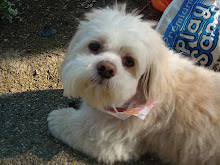 Feel free to look around!